Why do Tenant Reps exist?

This question was recently asked – and it’s a great one.

With Super Bowl Sunday right around the corner, it seemed appropriate to answer that question with the narrative of NFL Legend, Roger Staubach.

If you’d rather not read about Staubach (and why wouldn’t you care to read about a true American hero?) – here is the quick answer:

“Necessity is the Mother of all Invention.”

If that isn’t a good enough answer, or if you’re a Roger Staubach fan (which you should be) – continue reading:

Roger Staubach had a penchant for making improbable plays on the football field. With an uncanny ability to read blitzes, an acute presence in the pocket, and unrivaled athleticism for a quarterback in his era – Staubach’s greatest moments unfolded when plays broke down and he was forced to use his feet. Hence his famous moniker: “Roger the Dodger” – an endearing term earned by Staubach for his signature quarterback scrambles, plays executed with marvelous talent “born out of necessity” to win the game. 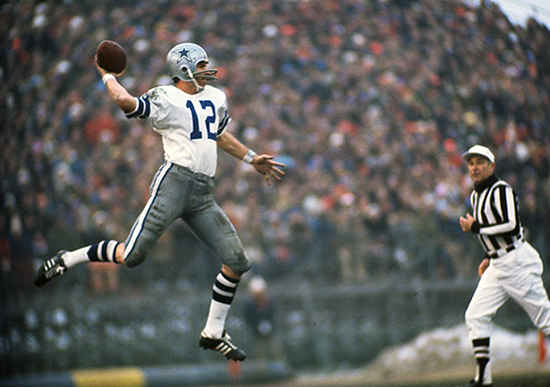 After a decorated college career at the US Naval Academy – where he won the Heisman trophy and led the Navy football team to the 1963 National Championship game – Staubach volunteered for a tour of duty in Vietnam. In 1969, Staubach returned to play quarterback in the NFL for the Dallas Cowboys.

NFL players were paid a lot less in 1969 compared to the players of today, and Staubach knew he couldn’t play the game forever. Which is why, as a husband and father of three children, he decided it was prudent to start a commercial real estate business on the side. This “side hustle,” as you could call it, would supplement his NFL income and would also have the potential to provide Staubach a stable career when his NFL days ended. This is to say that, much like the prolific scrambling plays he became known for, Staubach’s Commercial Real Estate pursuits were “born out of necessity.”

In 1974 – while playing in the NFL and growing his commercial real estate practice, Staubach found himself helping a company locate an office building to lease in Dallas. He began surveying available buildings for his client, but rather than only surveying buildings which were either owned/listed by the broker he worked for at the time, Staubach surveyed ALL available buildings in Dallas. This was a relatively new concept, as most commercial real estate agents would have focused on listings/office buildings that they were directly affiliated with. But Staubach saw it differently – he conducted the survey in a manner that supported his clients’ goals, with no regard to his or his broker’s personal interests. In doing so, Staubach began to demonstrate integrity in his role as an advisor which would have a profound impact on Tenant Representation – a profession “born out of necessity” to provide users of commercial real estate with advice and perspective that is free of any conflict of interest.

In 1979, after 11 straight seasons with the Dallas Cowboys, Staubach hung up his cleats and focused his attention on his NFL retirement plan – Commercial Real Estate Brokerage. His company proceeded to dramatically shape the practice of Tenant Representation throughout the entire 1980’s – one deal at a time. 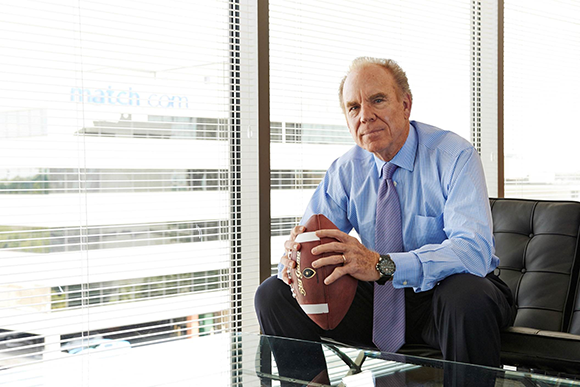 It goes without saying that the role of “Tenant Reps” in Commercial Real Estate had been vastly underutilized prior to Staubach. But it also wasn’t until those early days of his real estate career that companies began to appreciate the value proposition: “Unbiased advocacy in every transaction.” Companies would immediately benefit from the Tenant Rep structure by trusting Staubach to not have any personal stake in the assets themselves, and also benefit by knowing that the asset owners would be the ones to pay the commissions. In theory, Tenant Representation also eliminated the threat of “dual agency”– an ever-prevalent risk at that time, which occurs when brokers represent the interests of both user and the owner in the same transaction.

Unfortunately, many full-service Commercial Real Estate firms continue to freely engage in the practice of dual agency to this day – at the risk of both parties in the transaction.

Which is why now – more than ever – it remains important in commercial real estate transactions to utilize the services of unbiased, conflict-free representation – in the form of a trusted Tenant Rep.

Why did Staubach become Roger the Dodger?

Why did Staubach pursue a career in commercial real estate?

Why do Tenant Reps exist?