No corporation on Earth has flourished in 2020 like Amazon. Where the COVID-19 pandemic has decimated some businesses, the online retail giant has seen its stock price double since the beginning of lockdown mandates in March. With a record Q2 sales figure of $90 billion, and profits of over $5 billion, Jeff Bezos' empire looks stronger than ever, and clients and vendors are lining up for the opportunity of doing business with Amazon. There's no plans to sit on their hands, furthermore, as Amazon plans to expand their warehouse capacity by 50% by the end of the year, giving them about half a billion square feet of warehouse space. West coast facilities will see the strongest growth with the company having targeting specific sites with growing markets in Las Vegas, San Diego, and Salt Lake City.

Amazon's construction site in San Diego (more specifically in Otay Mesa along the Tijuana border) may be the largest single building in San Diego County, and is certainly one of the largest buildings in all of southern California. At over three million square feet, their Otay Mesa facility is ten times the size of the NASA facility that constructed the Saturn V rocket. Set to create 1500 jobs, the Otay Mesa warehouse was scheduled to be opened by July, but the pandemic has delayed its opening, and with Amazon's representatives staying mute about a deadline it's not clear when the facility will be complete. At time of publication, it appears construction completion should occur in 6-10 months.

After decades as a "mostly blank slate" for development, Otay Mesa has ickly become a thriving industrial center. Industrial rates are now comparable to the North County Markets of Oceanside with 4-6 200,000 SF+ multi-tenant developments breaking ground or recently completed. On top of Amazon's giant facility, Brown Field will have three dozen new hangars, and the auto auction company Copart will open an 80-acre storage facility. The area's sudden growth should be no surprise: it still maintains the cheapest industrial lease rates with the highest warehouse quality in all of San Diego County. Otay Mesa will soon benefit from completion of Interstate 905 extension (SR-11) and the opening of a second toll border crossing for freight (first of its kind), the Cross Border Xpress, which connects directly to the Tijuana International Airport.

The largest industrial delivery to take place in Las Vegas during 2019 was Tropical Distribution Center 1, an Amazon warehouse with over 850,000 square feet. Amazon hired 1000 workers to begin work at the Henderson-based facility. Amazon stated as far back as 2016 their desire to expand their warehouse space in Vegas based on the growth of the market and the proximity to households in both southern Nevada and nearby Arizona. Their four-floor site with 32-foot roofing is actually the fourth warehouse site in the city and the sixth in the state, reflecting the population growth of 3% year-over-year.

While Las Vegas is better known as Sin City, it is rapidly becoming a major industrial hub. Its attractiveness as a convention and trade show destination has made it easy to attract business developers; a long history of the finance industry supplying cash to casinos (and vice-versa) has entrenched lenders with deep pockets. More than 10% of all industrial loan companies in the United States are based in southern Nevada.

The business of logistics is the business of getting goods from suppliers to customers. Physical distance and obstacles make this business challenging, and the state of Utah is unique for these challenges: just about everything must be trucked into this mountainous state over hundreds of miles, which is why it has the 8th-highest gasoline prices in the nation. Amazon opened a 855,000 square foot facility in Salt Lake City to meet these challenges east of the city airport in summer of 2019. The state gave the company $6 million in tax breaks, and Amazon in turn promised commitments to improve Salt Lake City's notoriously bad air quality. Amazon would go on to build a second warehouse in West Jordan along with a Web Services facility.

An earthquake in March temporarily halted work in the warehouse, but it took just 36 hours before employees were back at work, with no reported injuries. As part of an public-relations initiative, the facility also announced it would hire new employees at a $2-per-hour pay bump.

Download your copy of How Amazon is impacting west coast industrial markets. 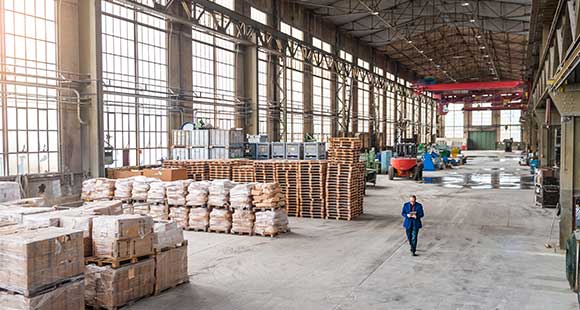 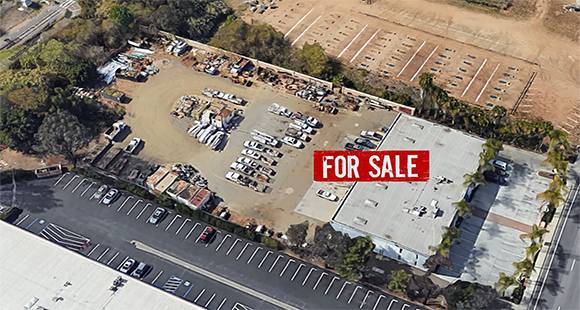