Women of Cresa: Leadership Evolution in Phoenix and Beyond

Who runs the commercial real estate world? Girls! Though that’s not quite the case right now, the amount of women in CRE has been trending upward, particularly here at Cresa.

Women currently make up 36.7% of the commercial real estate industry according to a 2020 CREW Network Benchmark Study on Gender and Diversity in Commercial Real Estate. Despite this percentage not changing much over the last 15 years, examples of progress are being witnessed, particularly as the Phoenix office of Cresa looks back at its own recent history and development.

Cresa’s Phoenix office has made it a priority to hire a more diverse and inclusive team, made up of a range of genders, ages, nationalities, experiences, skills, opinions, and talent. Our initiative focuses on diversity in roles from support-level associates to those in leadership and decision making roles. To appreciate how far we've come, it’s important we look back at where we started.

Cresa’s Phoenix office was founded in 1993 as one of the eight Cresa founding offices.  Fast-forward to 2014, when the office brought on two aspiring female professionals, one who would later become Phoenix’s first female Principal, Ashley Snyder. Ashley was formerly a Vice President with Cresa in California before relocating to Phoenix. From day one, Ashley had plans to evolve the office and implement institutional progress for women. Her influence helped shape the next seven years of hiring for the Phoenix office.

In 2015, the Phoenix office saw significant improvement in its female to male employee ratio. With 31 total employees in the office, the split was 23% female and 77% male. Progress was being made.

In a 2018 North Valley Magazine article, Cresa’s Phoenix office was recognized for shaking up the commercial real estate space with its diversification efforts.

Now in 2021, the office has grown to a total of 48 employees and improved the ratio to 42% female to 58% male - five points greater than the average published by the 2020 CREW Study. Imagine what that could look like in seven more years? Cresa has stuck by its original goals by continuing their commitment to diversify commercial real estate and reduce the gap by 10% compared to 2018. 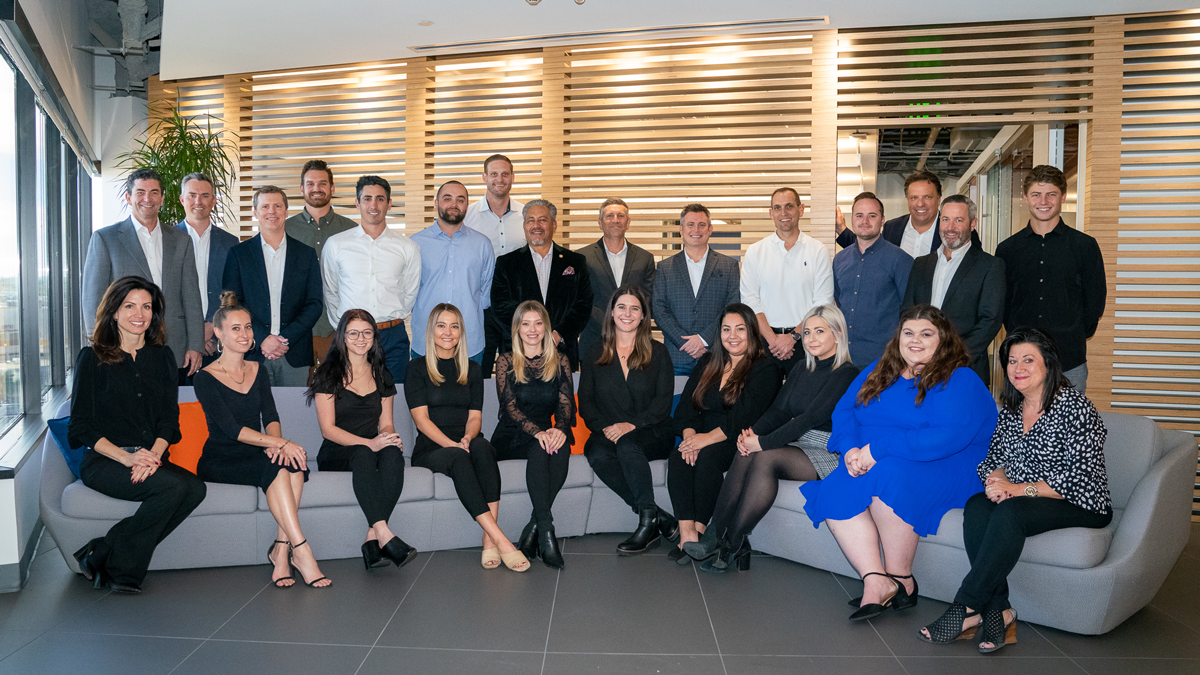 When chatting with women leaders in Phoenix about what helped them get to where they are, the biggest theme was leaders that came before them and mentors that encouraged them to continue to be successful. After Ashley Snyder came to the Phoenix office there was a steady increase in the advancement of women in the office.

Ashley has been a Principal in the Phoenix office for over four years. She leads business development and client efforts for a global accounts team. In an interview, Ashley said, “I want to lead by example. I believe in attraction rather than promotion. My goals are to give encouragement and be an example of the success women can have in their career.”

Laura Wachowiak, Operations & Marketing Manager in the Phoenix office, has been with Cresa for 6 years. She says, “When I first started at Cresa in 2015, there was a mentorship program in place that paired us with a senior employee from another office location who had started in a similar role. My mentor taught me about the company and gave me advice on how to be successful not only at Cresa, but also in the commercial real estate industry. In Phoenix, I was fortunate enough to have Megan Koren, now VP of Finance for our corporate office, as both a mentor and a friend. Megan previously held the position of business manager in Phoenix and has given me invaluable advice and wisdom on how to be successful in this position and how to be a strong woman in a male-dominated field. I hope I can pass on some of that wisdom to my current team as well as the younger generation of women joining Cresa.”

Laura is a prime example of Cresa's opportunities for growth and success; she began as an Administrative Assistant and worked her way up to Operations and Marketing Manager, even wearing multiple hats and managing our human resources in the Phoenix office.

When asking women in the office who their role models are, most respond with examples of women leaders who used to be in their own position, as well as men who were strong mentors. When Ashley first started at Cresa, she felt she didn’t have many female leaders she could look up to in the commercial real estate industry.

Many supportive male mentors and role models encouraged Ashley to change the landscape and become a leader for future employees, particularly women, to follow. Ashley believes that what is needed most for women in leadership roles is the platform to share stories and encourage professionals to meet their goals. This is where Cresa excels - by having resources available and affinity groups to join, through its Diversity, Inclusion & Belonging program (DIB).

Cresa’s DIB program was created by it’s Diversity Council in 2018. The DIB program has various Employee Resource Groups (ERGs) of focus, one of which is Women of Cresa. Women of Cresa was founded to provide a supportive and collaborative environment among women working at Cresa. A forum was created where people can form meaningful relationships and acquire tools to further their goals in the workplace and beyond.

Phoenix’s Jenny Turner, Vice President, is co-chair of the Women of Cresa ERG. When asked who her role models have been, she says, “I’ve been lucky to meet a lot of great women in commercial real estate over the years that have inspired and helped me. I’ve found even more mentors at Cresa both on my team and across the company.”

Jenny works on a 10-person account team that helps Cresa’s corporate clients manage their real estate portfolios across the globe. She operates as the single-point-of-contact for Cresa’s clients in handling their real estate. When asked if there are any plans for Cresa to create a formal mentoring program for women through Women of Cresa she said, “We have discussed this and this is going to be a 2022 initiative. Phase two of Women of Cresa is going to be group-mentoring.” 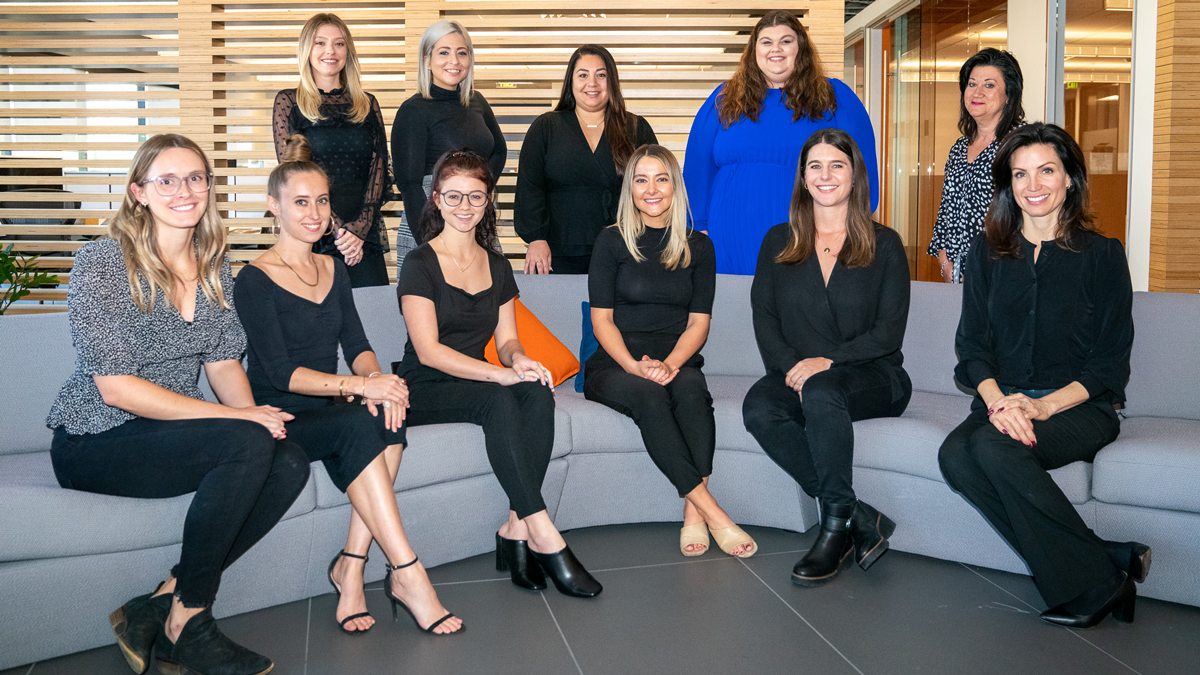 Overall, the Phoenix office has seen tremendous growth and progress in gender equality over the last seven years. That said, Cresa's diversification does not stop in Phoenix.  Change has also been witnessed at the top corporate levels at Cresa!

One of the biggest examples emerged when Cresa named Kristin McCarthy as its first female Chief Financial Officer (CFO) in October 2020. Elevating a woman to a CFO position aligns with progress highlighted by the 2020 CREW study stating that, “More women (32%) are aspiring to the C-suite, a 4% increase from 2015.”

With the addition of Kristin, Cresa’s own corporate management team gave women a noticeable seat at the table. The following women also work to make an impact at the corporate level, while inspiring other offices to grow female leaders and voices:

In September 2021, Cresa announced Angela Roseboro would join Cresa’s Board of Directors as an independent board member. Angela has been a recognized leader in the field of human resources for over 20 years, and has held positions leading diversity and inclusion. She has received numerous awards and recognitions for her work including Black Enterprise’s 150 Diversity Executive, The Network Journal’s 25 Influential Black Women in Business, and 50 Out Front for Women’s Leadership, Diversity and Inclusion.

“I am excited to be joining Cresa’s Board of Directors and to guide their journey to create a talent strategy that best supports their goals of aggressive growth and being an industry leader in attracting, developing and retaining diverse talent,” said Angela Roseboro. She will help shape Cresa’s hiring efforts to include more diverse talent and support the diverse voices already employed at Cresa.

We Are Not Done

There is always going to be room to improve and expand our support of diversity and inclusion in the workplace. With over 63% of the commercial real estate world dominated by men, women are creating their own paths to leadership. Cresa has made a conscious effort to retain and recruit women in all positions within the company.

Approaching current and prospective business with diversity and inclusion in mind improves client service, and also aids in employee recruitment and retention. Cresa believes in enabling employee success from the start by providing a nurturing work environment for a diverse talent base.

Both the Phoenix office and Cresa’s corporate team are going to continue to crush gender-stereotypical norms by placing, enabling and supporting female leaders. With several female board and C-suite members, we are continuing to encourage improvement throughout our offices and are excited to see the presence of women expand across the commercial real estate world. 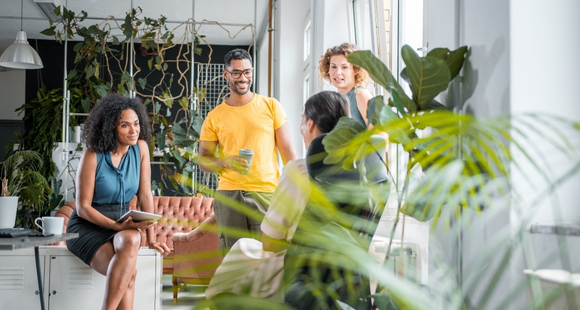