Darren Woodson is a Managing Principal at Cresa and directly involved with the firm’s vision, growth and strategy for the Texas region. He is focused on developing and defining business relationships across a variety of industries and markets. Darren has bridged his storied professional football career and entrepreneurial spirit with commercial real estate. He brings his innate leadership skills and passion for creating winning strategies to deliver a high-level of service and value. Beyond his talents and dedicated leadership, Darren is actively involved with community organizations C5 Texas, Make-A-Wish Foundation, United Way and Salvation Army.

Darren received his bachelor’s degree in Justice Studies from Arizona State University, where he played collegiate football for the Sun Devils. He was a second-round pick in the 1992 NFL Draft.
Darren Woodson is a three-time Super Bowl champion and five-time Pro Bowl selection, earning a reputation as one of the hardest hitters and most ferocious safeties in the NFL throughout his 12 seasons (1992-2004) with the Dallas Cowboys. In 2004, Darren retired as the Cowboys’ All-Time Leading Tackler with 1,350 career stops and registering career totals of 11 sacks and 23 interceptions. He was inducted into the Cowboys' “Ring of Honor” and named to the Arizona State Hall of Fame (2006), Arizona Sports Hall of Fame (2009) and the Texas Sports Hall of Fame (2017). Upon retiring from the NFL, Darren joined ESPN as an NFL analyst and was on-air for 14 years on Sportscenter, NFL Live and network coverage specials of the Super Bowl, NFL Draft and NFL training camp.

Darren has made significant contributions to his community and is actively involved with several charitable organizations, including C5 Texas, Make-A-Wish Foundation, United Way and Salvation Army. Darren has been awarded the Bart Staff Award for outstanding character and leadership and the C5 Texas Medallion Award honoring leaders devoted to education and community. He has been a previous finalist for the Pro Football Hall of Fame, USAA Salute to Service Award and D CEO Corporate Leadership Excellence for Nonprofit Citizenship. 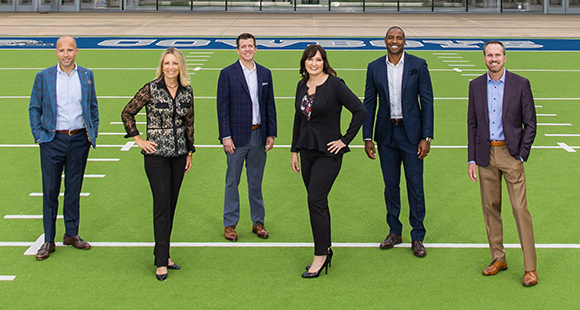 The strategic move bolsters Cresa’s reach, resources and talent across Texas and beyond.