Whether you’ve lived in Atlanta for 5 years or 5 days, you’ve likely heard about the bustling, thriving Midtown submarket. And with Midtown’s assortment of bars, restaurants, retail, and outdoor areas within an office or living area driving the buzz, the millennial generation is the ringleader.

According to Inc., millennials will make up 50% of the U.S. workforce by 2025 – and 75% of the global workforce by that year. With so much talent within the same age group, workplaces want to accommodate this generation with workplace amenities to attract and retain top talent. Such workplace amenities include all that millennials thrive on: connectivity, accessibility, opportunity. 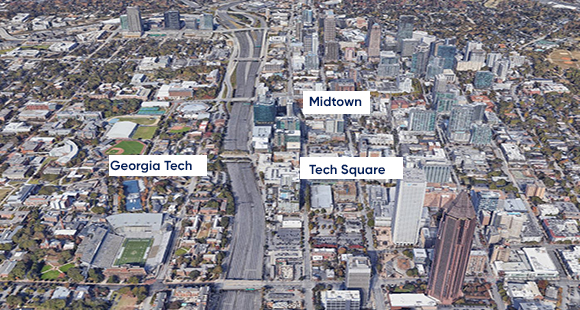 1. Georgia Tech
Whether or not you’re a Yellow Jacket fan, Georgia Tech is one of the major factors driving the tech industry, which is a growing industry throughout Atlanta.

Separately, Georgia Tech delivers an exceptional education. Known for its engineering credibility that extends across the nation, Georgia Tech has a growing MBA program, a critical degree for those who want to excel in the world of tech.

Given that Georgia Tech helps drive the tech industry and provides exceptional education, the close-by Tech Square has a high density of startups, innovators and researchers: an incubator of innovation. And guess what? The area is growing. With Phase III underway at the corner of West Peachtree and Fifth Street, a pedestrian area and sprawling retail are expected to make this development an even more attractive opportunity for creativity and innovation.

2. Headquarters moving to midtown ATL
Let’s be honest. Attracting and retaining top talent is competitive. And Atlanta’s is one competitive job market. While tech may be a leading industry, multiple industries from engineering to IT, marketing to legal services are all competing for the best of the best. So, it’s no surprise that companies want to be located where the top talent wants to be: Midtown.

It isn’t just companies moving an Atlanta-area office to Midtown, its multiple large companies moving. In 2018, NCR moved its headquarters to Midtown to attract and retain top talent, plus be closer to Georgia Tech. And recently, Norfolk Southern announced its plans to break ground for its new headquarters in Atlanta. Guess where it is going? Tech Square. As the first Fortune 500 company for Atlanta to acquire since PulteGroup Inc. in 2014, it’s estimated that it’ll drive an economic impact of more than $800 million.

3. Center of the Legal Community
If tech is a big industry, the legal community in Atlanta is close behind it. Law firms as corporations are aiming to recruit and retain young, top talent by redesigning their office spaces or moving to newly constructed buildings.

Smith, Gambrell and Russell LLP announced in mid-September that the legal firm will now lease 120,000 square feet at the new 1105 West Peachtree tower.

Over the past few decades, law firms have made Midtown the center of the legal community. King & Spalding signed a 15-year lease in 2003 at 1180 Peachtree, a 681,000 square-foot office tower at the corner of Peachtree and 14th Street. And even the Lawyers Club of Atlanta moved its headquarters to Midtown to be closer to most of its members.

With millennials leading the upcoming workplace generation, employers are creating spaces where their workers feel connected and can thrive. Thus, Midtown is a mix of education, professional and culture opportunities that provide a trifecta of options for the next successful millennial. 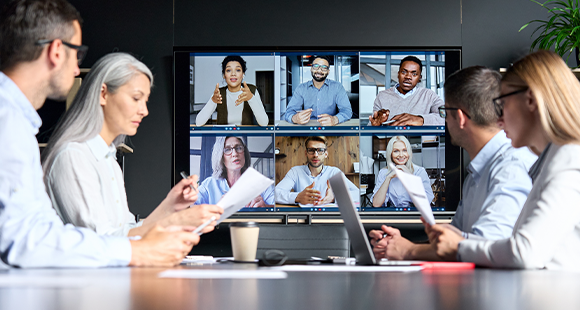 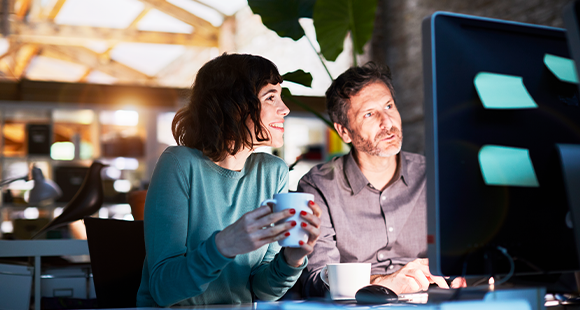