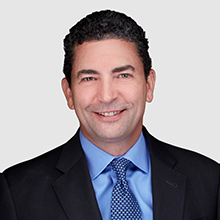 Scott is a Managing Principal of Cresa, the largest commercial real estate advisory firm that exclusively represents occupiers.  Scott’s focus as Managing Principal is on expanding the firm’s capabilities locally and nationally.  Scott utilizes the full scope of advisory and service line capabilities in assisting clients to obtain the most favorable outcomes in requirements involving real estate.

Scott and the Cresa team have extensive experience in the commercial real estate market, as well as an impressive background in office design, permitting, and construction. But what is most impressive is their loyalty to “the team”. I cannot recommend Scott and his team at Cresa high enough.
Ted Frumkin  |   Director of Real Estate
Sprouts Farmers Market

Scott received his MBA degree with International Emphasis from W.P. Carey School of Business at Arizona State University.  Scott holds a Bachelor of Business Administration degree from University of Iowa majoring in Finance.
Scott has served on the Board of Directors for numerous charitable organizations, including UMOM New Day Centers for the Homeless and is a founding board member of Chances for Children Arizona.  He serves on the Leadership Circle for Phoenix Children’s Hospital and previously a Loaned Executive to the United Way.  He is a member of the NAIOP and an active member of the Greater Phoenix Economic Council’s Community Building Consortium.