Despite leasing and transaction volumes coming back significantly the past few quarters, the vacancy rate has remains near highs not seen in nearly 20 years. The main cause of the spike in vacancy over the past year has been an overly active pipeline which saw more than 22 MSF brought online over the past 12 months, much which was built on spec. This total was second only to Dallas-Fort Worth nationally, causing some downward pressure on asking rent growth despite healthy demand. Citywide, rents have grown 3.3% over the past year, nearly half of the national average of 7.0%. Much of the demand continues to shift towards online retail and logistics away from the energy sector. Development remains focused around Beltway 8 and the Grand Parkway, primarily to the northwest and southeast. With only 17.3 MSF under construction, Houston’s development pipeline has begun to slow down. Expect this trend to continue in the near term as Landlords look to lease up space amidst the recent supply wave. 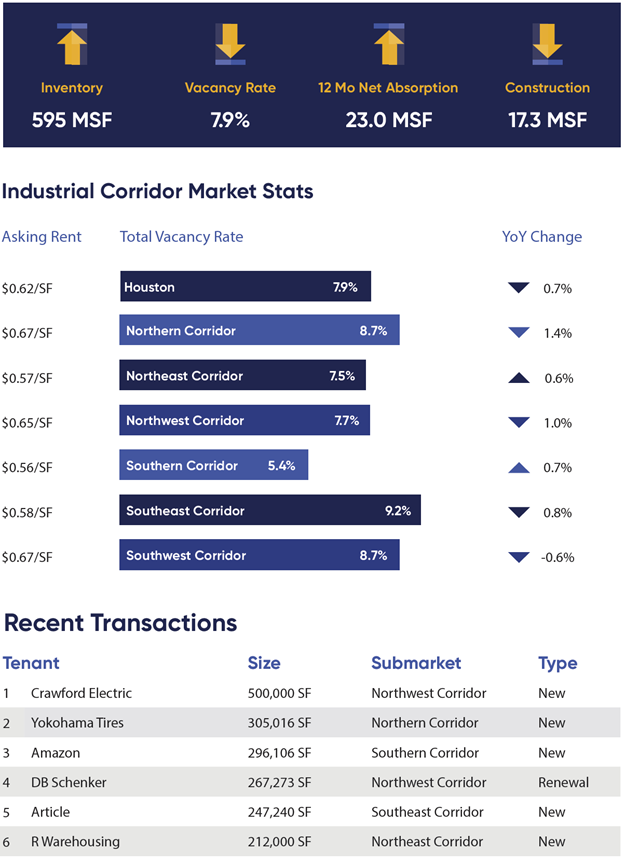