Despite Houston’s industrial market’s meteoric growth the past couple years, the impacts of the ongoing coronavirus pandemic coupled with a slowdown in the energy sector has begun to weigh it down. A spike in unemployment and a rash of bankruptcies has caused leasing activity to drop by roughly 30% year-over-year. All of this is happening as a wave of new supply is coming online, with nearly 15.6 MSF currently under construction on top of the 15 MSF that has delivered so far in 2020.

To make matters worse for landlords, much of this new inventory is being built spec which has led to a jump in vacancy. This has caused downward pressure on asking rental rates, which declined for the first time in a decade. Development remains focused on the east side of Houston largely driven by the chemical industry. Expect project delays or a slowdown in groundbreakings as the market tries to adjust to a new reality. 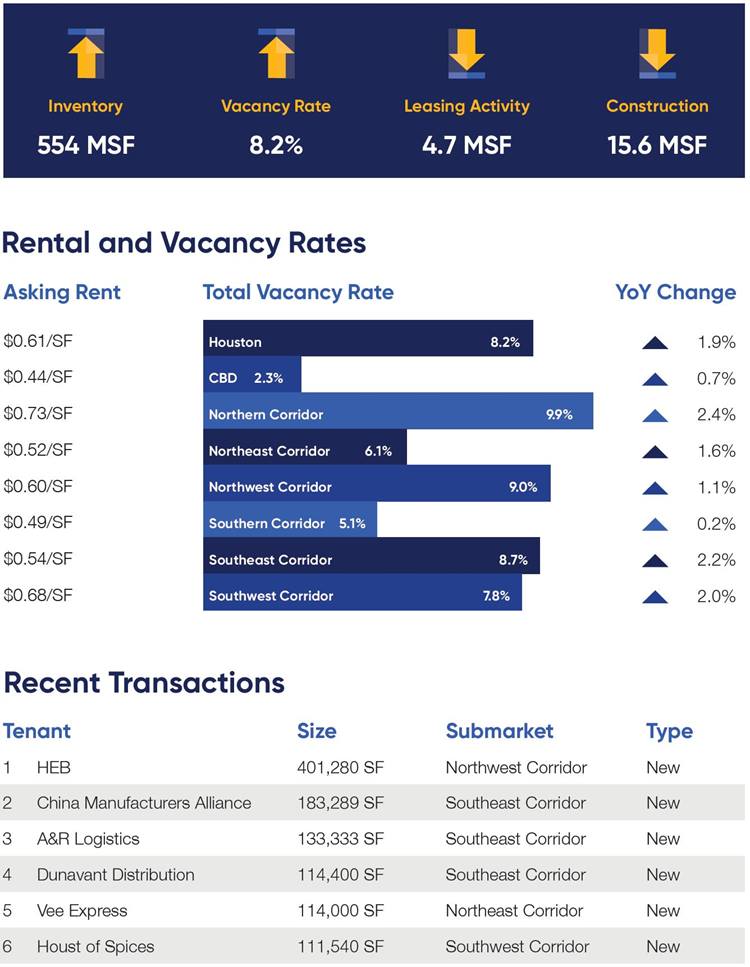