This article was originally posted on Costar. 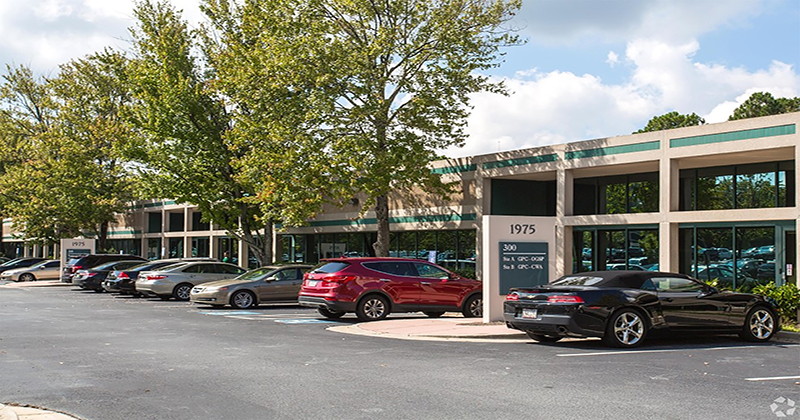 One of Georgia's youngest municipalities has found a new spot for its city hall in a 45-year-old, suburban office park near Atlanta.

The city of Tucker, which has existed for four years, leased a spot at the Lakeside Centre office park for its new city hall and administrative offices. It leased about 22,000 square feet at 1975 Lakeside Parkway about 22 miles northeast of downtown Atlanta.

Tucker expects construction to begin in about two weeks and expects to begin business operations at Lakeside Centre at the end of June, according to a statement from Cresa Atlanta, the brokerage that represented the city in its lease. Tucker City Hall currently is located at 4119 Adrian St., a 4,860-square-foot building.

“The new space will provide the city with consolidated, functional space where city staff will be able to provide enhanced customer service to the residents and business owners using city services,” Tucker City Manager Tami Hanlin said in a statement.

Tucker is one of several new municipalities in the Atlanta area to have incorporated and become a city. Sandy Springs started the wave in 2005, then Brookhaven in 2012.

Since then, voters approved referendums to create the cities of Chattahoochee Hills, Dunwoody, Johns Creek, Milton, Peachtree Corners, Stonecrest, South Fulton and Eagles Landing. Sandy Springs developed a new city hall as part of a mixed-use development, and Stonecrest recently bought a former Sam's Club location where it plans to move its city hall as part of a larger development.

When selecting the spot for its new city hall, Tucker conducted an exhaustive review of the city's office inventory as well as select retail properties that could have accommodated a 20,000-square-foot office tenant, Cresa broker Billy Hobbs said.

"We stated at the beginning that our process should be looked at as though we throw everything into a funnel that has several filters," Hobbs said in an email. "After months of shaking the funnel and sifting through the various filters, the funnel will produce one drop on the map, and in the end 1975 Lakeside won the contest."

In addition to being within Tucker city limits, the city search emphasized its need for a cost efficient and highly visible location with easy entry and exit as well as good security and ample free parking, Hobbs said.

The design of the new Tucker City Hall, while modern, will reflect the city's traditional industrial roots by incorporating a railroad theme. Railroad tracks cut through the city center because it once served as a key stop along the Seaboard Air-Line Railway system. While Tucker no longer is a passenger stop for a railroad, CSX Transportation has a field office for track repair and maintenance in the city.