Last month at a meeting of the Atlanta Chapter of AFWA (Accounting and Financial Women's Alliance), Greg Simon of the Metro Atlanta Chamber of Commerce spoke about Atlanta’s current position as a great place to do business. While some corporations hesitate to locate their headquarters or other major facilities here because of the city’s reputation for gridlock, Atlanta’s many pros outweigh its traffic cons, Simon says. Moreover, the city is making some significant moves to address Atlanta’s traffic woes.

Many major corporations have already discovered Atlanta’s advantages. The city has the third-highest number of Fortune 500 headquarters in the nation, just after New York City and Houston. In addition to the ones everyone knows—like The Home Depot, Delta, UPS, and Coca-Cola—companies with headquarters here include:

The reasons these companies come to Atlanta are multi-faceted. For one thing, Atlanta has the third-fastest growing population in the U.S., according to the U.S. Census. At nearly six million today, the population here is expected to expand to eight million by 2024. Atlanta is also well above average in job growth, at 1.8 percent annually versus the national average of 1.0 percent, and below average in cost of living and cost of doing business, according to Fortune magazine.

Moreover, Millennials account for 33 percent of metro-Atlanta’s workforce. Over 37 percent of workers age 25 and older have a bachelor’s degree or higher.

All of these plusses may not be enough for some companies that are still concerned about traffic. But those concerns should be alleviated by some major plans in the works. Thanks to the passage of the T-SPLOST bill a couple of years ago, the city has $1 billion to spend on fixing transportation issues. This money is being put to work on improvements to a major interchange at GA 400, building express lanes on I-75, and other initiatives to alleviate congestion. The MARTA (Atlanta’s light rail system) budget will be increased to acquire more trains, with the aim of boosting reliability. The City of Atlanta has annexed land to extend MARTA lines to the Emory University area. And the November ballot will propose more funding for transportation improvements. 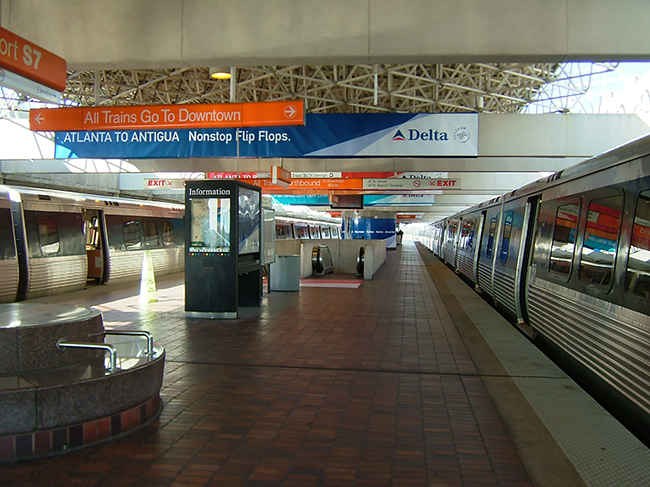 Atlanta’s Hartsfield-Jackson Atlanta International Airport is making some big changes, too. The airport, where 12 million passengers pass through annually—making it the United States’ busiest—is modernizing its terminals, building an end-around taxiway, putting in new north and south parking garages, and developing additional concourses and a sixth runway.

Perhaps most important for companies considering an Atlanta location is the city’s business-friendly environment. Atlanta has a triple-A bond rating from all three rating agencies, a fully funded “rainy day fund” in case of fiscal distress, and a low state corporate income tax—which will drop even lower in 2019, from 6 percent to 5.75 percent. Taxes come from single-factor apportionment based exclusively on gross receipts in Georgia only, and the franchise tax rate maxes out at $5,000 annually. And finally, Georgia is a right-to-work, employment-at-will state.

The right place for growth

Given all these factors, it’s no wonder that so many companies—including Amazon—are looking at Atlanta as a potential home base. With so much growth underway—coupled with a robust national economy—the city is well-positioned to become America’s top destination for corporate business.