March 26, 2018
Another bike brand is rolling into Golden.

Already home to bike makers Yeti Cycles, Spot and Proudfoot, the city nabbed the U.S. headquarters for Commencal. The bike company is based in Andorra, a small mountainous country between France and Spain.

Commencal leased 8,550 square feet at 150 Capital Drive, in the same office complex as Yeti and Spot. It is relocating its headquarters from Carlsbad, California, and hopes to open in Golden this summer.

“We need to be more central in terms of shipping,” U.S. manager Stephane Pons said. “We are three days between here and anywhere,” he said of the California location.

Plus, the Colorado trails suit Commencal’s products. The singletrack here is similar to Andorra’s in terms of dryness and rockiness – although less steep, Pons said. Since Commencal bikes appeal to downhill or enduro mountain bike racers, the company wanted to be closer to more of those trails and riders.

“In the city of Golden, you have probably between eight and 10 bike parks, and Winter Park not even an hour from the office,” Pons said.

The headquarters will serve as warehouse space for the company’s bike shipments from Taiwan and a 3,500-square-foot showroom. Matt Burton with Cresa represented Commencal in its lease. Four employees will work at the office, and Pons plans to hire two more.

Pons said the office will have a mechanic room for tuneups on both Commencal and non-Commencal bikes. And a tap room might be coming, he said.

“People can go for a ride, come pick up a demo and come hang out with us afterwards,” Pons said.

Commencal has been making bikes since 2000 in Andorra. In addition to its three-year U.S. base in Carlsbad, it has outposts in British Columbia, Australia and New Zealand. Two other offices are in the works in South America and Africa.

This article originally appeared in BusinessDen. See it here. 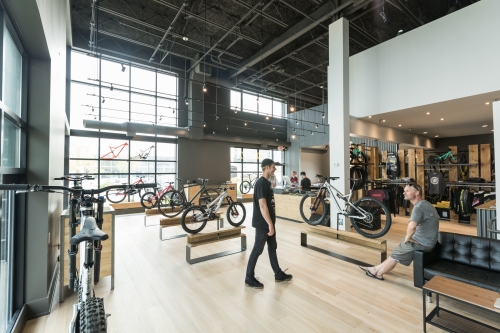 At Cresa, Matt is focused on helping clients reduce overhead costs when addressing their real estate needs by taking a holistic approach to their operation and providing solutions that align with business objectives.

See other news by Matt Burton