A Look Inside Cresa's Neighborhood

As we celebrate our country’s birthday this Independence Day, we know that Boston is steeped in national, state and local history. Here’s a quick look at the diverse history that directly surrounds Cresa’s Boston office, where we just celebrated one year in our new location. 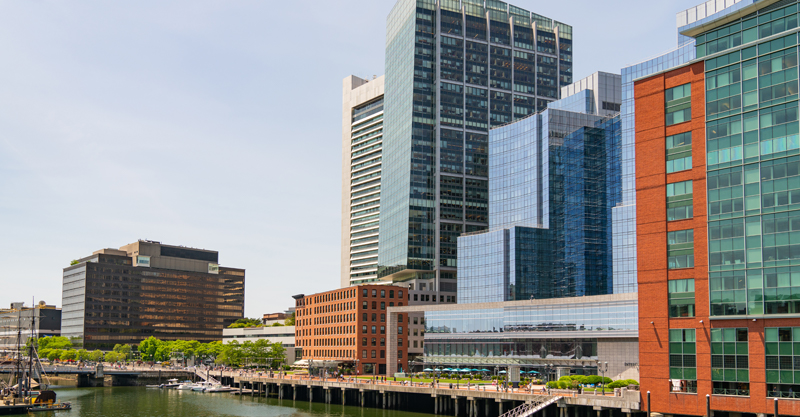 Located in Downtown Boston on the cusp of the Seaport’s bustling Innovation District, Cresa Boston holds court at 280 Congress Street on Atlantic Wharf. Originally known as Russia Wharf, it was the center of Boston's trade with Russia through the early 19th century. The current structure is a prime example of how modern, sustainable design can embrace a historic, turn-of-the-century building. Built upon the original structure’s base, the final 31-floor structure was completed in 2011, and was billed as the first sustainable high-rise in Boston. Now in high demand as residential, office, and retail space, the sprawling building is home to luxurious residences with beautiful views of the Greenway, while the ground floor is bustling with beloved restaurants like Nebo Enoteca and Cucina, Trade, and Smith & Wollensky. 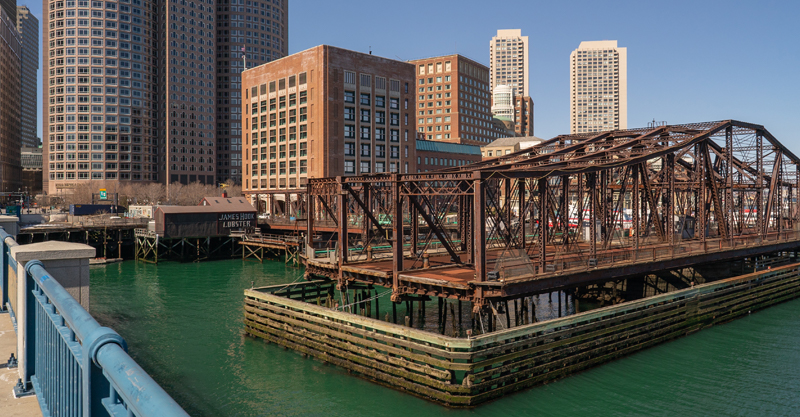 Directly across the Fort Point Channel is the Boston Children’s Museum, a landmark that’s easy to spot from a distance thanks to the giant Hood Milk Bottle.. An enjoyable spot for kids and parents alike, the museum revolutionized the learning experience for children, allowing them to explore with a hands-on method of learning. Also nearby is the Boston Tea Party Ships & Museum on the Congress Street Bridge. While the original location of the Boston Tea Party no longer exists, the lively museum is just a short distance from where the actual protest occurred, filling the harbor with chests of tea and catapulting the country toward the American Revolution. Additional landmarks include James Hook & Co., a famed lobster shack that’s existed since 1925, and the Northern Avenue Bridge, spanning the Fort Point Channel. Though it’s closed to pedestrians now, the iconic steel structure is an important piece of history in the constantly evolving Seaport. 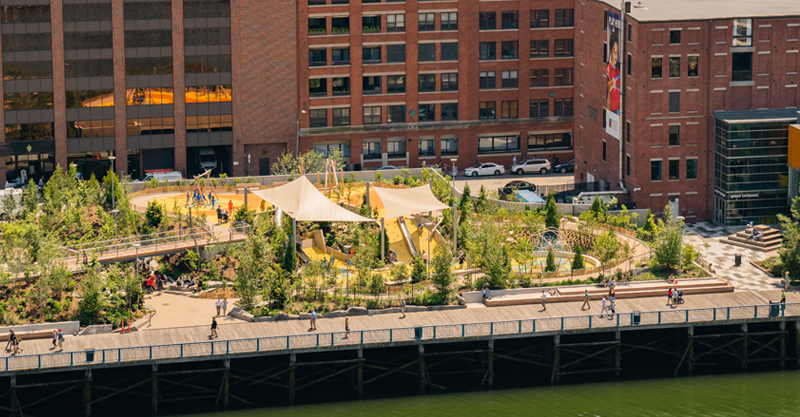 Just last month, the South Boston Waterfront welcomed a beautiful new spot that will carry into Boston’s future. Martin’s Park, the beautiful playground named in honor of Martin W. Richard, the youngest victim of the Boston Marathon bombings, is an accessible space for all children and families to enjoy. The one-acre spot, which is filled with swings, ropes, and even a replica of an abandoned ship, was even visited by former Vice President Joe Biden for its recent opening.

Clearly, location is key when it comes to finding the right space for your workplace. Whether it’s a historic landmark or an up-and-coming neighborhood that’s set for massive development, Cresa’s experienced real estate advisors serve as experts to help you navigate the city’s constantly evolving real estate market.

Senior Advisor Elizabeth Geary advises a diverse array of Downtown Boston commercial tenants in transaction and account management services. She is a member of the Cresa Cares National Board and the Cresa Boston Charity Committee.

See other blogs by Elizabeth Geary Overall, the real estate community agrees that we are in or near the peak of a long and bullish run. For tenants, this can mean the possibility of facing steeper rents, and an even more competitive market for space.

With multiple generations making up today's workforce, businesses can get caught up trying to satisfy everyone's demands. But how much influence does a generational gap have in the workplace?

With its upscale neighborhoods, multi-million-dollar mansions, and bustling business centers, the Buckhead submarket of Atlanta is one of the most prosperous communities in town.