If you have an office decision to make, please contact me for help with your real estate needs.

Net office leasing in DFW totaled 854,000 square feet during the 4th quarter 2021, representing a significant uptick from declines in area office occupancy in 2020 and earlier in 2021. With a new surge in COVID infections and the latest Omicron variant in focus, many businesses are again delaying bringing their employees back into the workplace, but Omicron has not impacted space demand. Some of the largest 4th quarter office leases included a 250,000 square foot lease in Coppell’s Cypress Waters by retailer At Home, a 95,000 square foot Uptown lease by Frontier Communications, a 70,000 square foot lease in Legacy West by Vanguard Investment and a 60,000 square foot headquarters lease by Interstate Batteries in Farmers Branch. Office-using employment continues growing and now exceeds pre-pandemic levels by 6.6% or 70,000 jobs. Even with the 4th quarter gains, net office leasing in DFW for all of 2021 finished down by 2.4 million square feet due to large losses early in the year. On the development front, 6.4 million square feet of new office space is under construction in DFW – much of it in the area north of downtown Dallas and in the West Plano/Legacy/Frisco market.

The new ownership group, Dallas-based WP Development Partners, for Frisco’s Wade Park mixed-use development site, which is the vacant tract located along the east side of the Dallas North Tollway between John Hickman Parkway and Lebanon Road and going east to Parkwood Boulevard, has presented new master plan renderings for development of the site to Frisco’s planning and zoning department and city council. A planned development district is already in place via the previous Wade Park ownership (Stan Thomas) prior to their funding issues that stalled the development of Wade Park. Land uses for the 112-acre site include a 40,000 square foot Whole Foods Market, which is the existing shell condition building that sits near the corner of Dallas North Tollway and Lebanon Road, 700 hotel rooms, 2,800 multi-family units, 1,900,000 square feet of office space, 320,000 square feet of retail space, 300 townhome units and 275 condominium units. The project will include a 9.1-acre park at the center of the development and a total of 21.62 acres of open space throughout the site. Wade Park developers also plan to add distance markers and colored signage designating park loops as part of a trail system to support the wellness feature of the development. Open, green space is a major focus for the developers of Wade Park. By comparison, Dallas’ Klyde Warren Park comprises a 5.2-acre site and Plano’s The Shops at Legacy’s park represents a 3.0-acre site. Here is a link to the Frisco mayor’s latest commentary on the development.

Dallas-based Cawley Partners is marketing its newest Legacy area building, HQ53, for sale. Constructed in 2021 at the northwest corner of Headquarters Drive and Belleview Drive, HQ53 is a 5-story, 248,661 square foot Class “A” office building featuring a fitness center, conference center, tenant lounge and 5.2/1,000 square foot parking ratio. The property is 100% NNN leased through February 2034 to Aimbridge Hospitality, a global leader in third-party hotel management with $1.4 billion in 2020 revenue. Aimbridge’s out-of-pocket capital investment in its space exceeds $7.5 million or $30/SF. 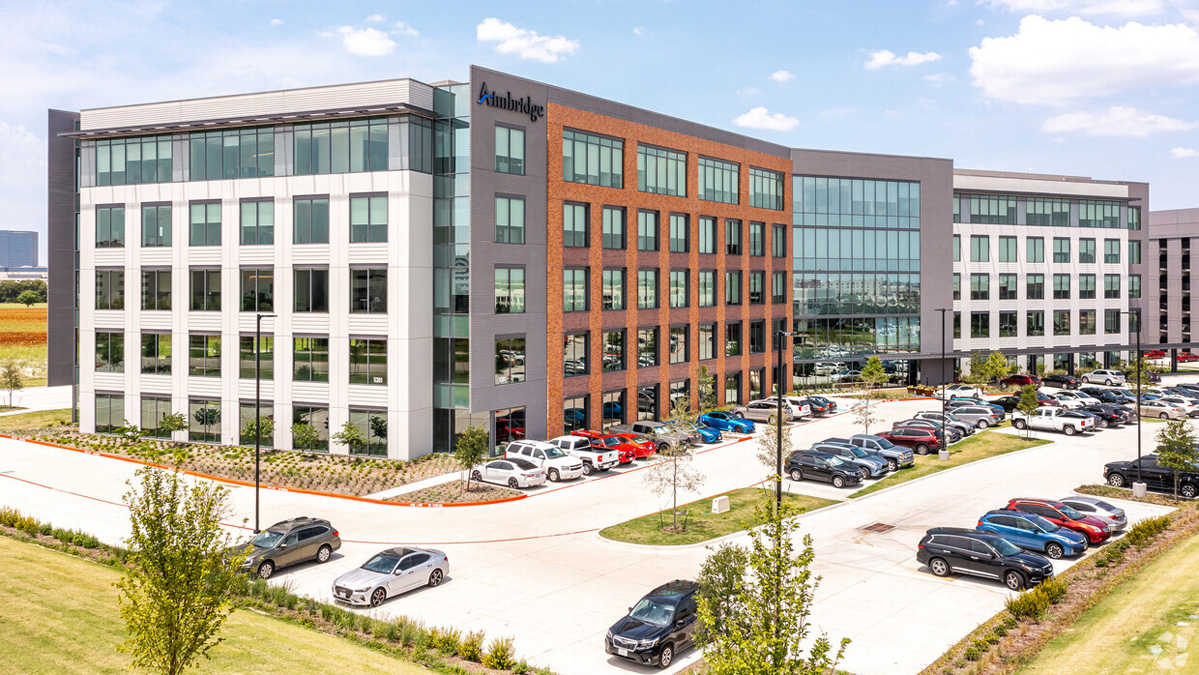 A high-profile Frisco site that was planned for a major mixed-use development has hit the market. The 77-acre site, which is located along with south side of U.S. Highway 380, was owned by a Hong Kong company, Lesso Group, with big development plans and zoning approval for construction of an office, retail, hotel and residential project. The planned Lesso America project was to include office towers up to 18 stories in height along with a multi-level retail mall in the center of the project. The site is situated just north of the new PGA of America’s headquarters and Omni Resort and southeast of the 2,100-acre Windsong Ranch community in Prosper. 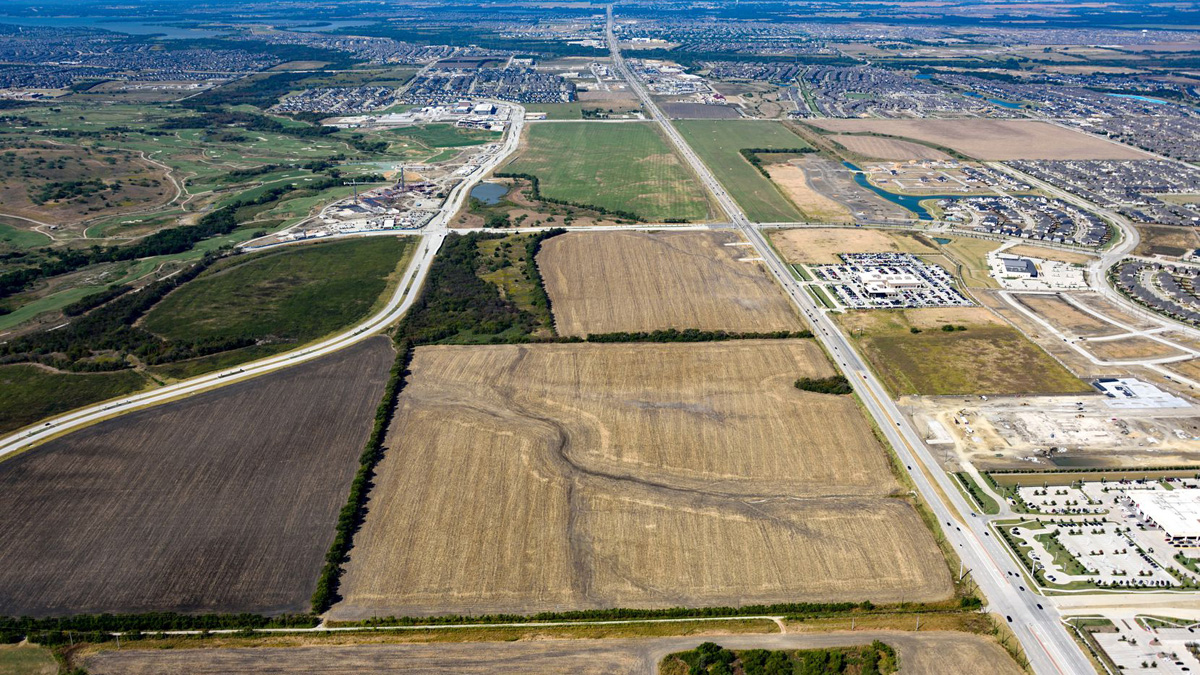 New-York based real estate investment firm Admiral Capital Group, which is co-founded by NBA Hall of Famer David Robinson, has made another office buy in North Texas. Admiral’s latest purchase is 3033 W. President George Bush Highway in Plano at the northwest corner of Independence Parkway and SH-190. The 3-story, 186,244 square foot Class “A” office building was constructed in 2007 and is currently 91.4% leased and anchored by Paragon Health (67,926 SF) and Samsung SDS (24,000 SF). The property was sold by the partnership of Dallas-based Champion Partners and Boston-based CrossHarbor Capital Partners. Admiral Capital has purchased more than a half-million square feet of DFW office space and, most recently, sold the 6-story 14555 Dallas Parkway building along the Dallas North Tollway in the Addison area. 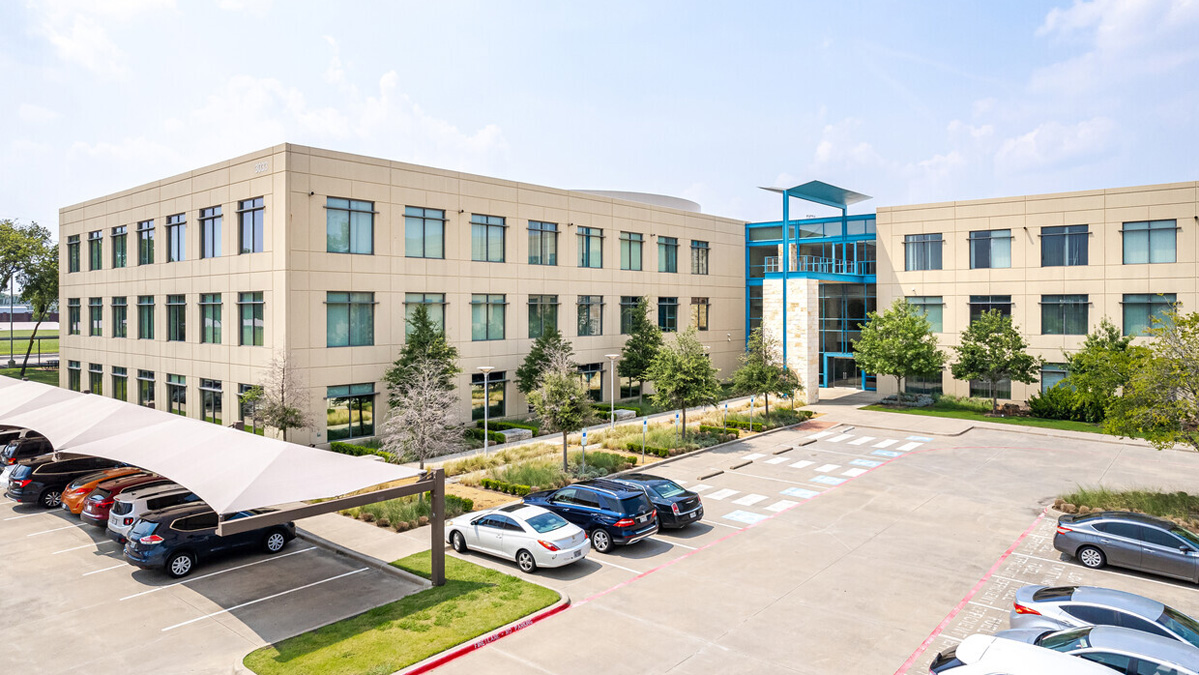 A Chicago-based healthcare real estate firm, Ventas, has purchased Parkside on Legacy (5120 Legacy Drive) in Plano’s Legacy market for $58 million or $571 per square foot on a 7.20% capitalization rate. Constructed in 2016, the 3-story, 101,608 square foot office building was purchased in 2018 by Dallas-based developer Cawley Partners. Cawley fully leased the building, which Cawley had purchased vacant, to Denver-based Eating Recovery Center, which utilizes the property for in-patient and out-patient treatment of eating disorders. Ventas, an S&P 500 company, owns more than 1,200 properties in the U.S., Canada and the United Kingdom. 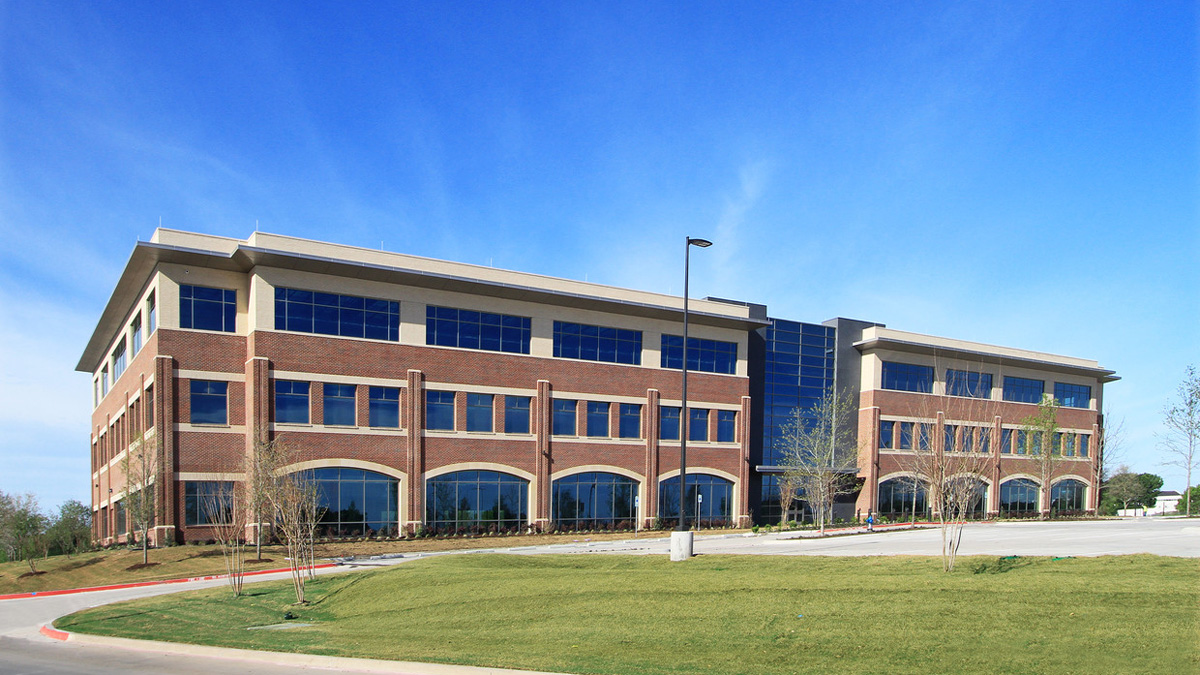 North Dallas’ International Plaza II (14221 Dallas Parkway), which is located along the west side of the Dallas North Tollway and just north of Spring Valley Road, has landed three new tenants, including the new headquarters for Interstate Batteries. The trio of office deals brings the recently revamped 15-story, 388,432 square foot office tower to 85% occupancy. Interstate Batteries signed a new lease for 77,345 square feet on floors 8 through 10 and will relocate from the Park Central complex in Dallas. Freeman, a trade show, exhibit and event company, had originally planned to occupy a proposed build-to-suit near Love Field, but during the pandemic decided to scale down to a smaller footprint and has executed a lease for 65,684 square feet on floors 2, 5 and 6. IMA Financial Group also signed a lease for 30,650 square feet on the 7th floor of the building. Collectively, the 173,679 square feet of new leasing occurred over a 45-day period between mid-October and Thanksgiving and represents 45% of the building’s total square footage. International Plaza II’s ownership, New-York based Taconic Capital Advisors, completed a $13 million dollar renovation campaign prior to the pandemic and then refinanced the building along with a neighboring building they own for $190 million in August 2020. The new building amenities include a lake house retreat with seating for events built along a man-made lake buffering the property from the Dallas North Tollway, food hall for tenants, game lounge and fitness center. Plano-based Community Hospital Corporation, a national hospital owner, manager and consultant, has signed a new lease for 26,500 square feet at One Legacy West (7950 Legacy Drive), where they will double their footprint and relocate from 7800 Headquarters Drive (Headquarters I), which lies less than one mile away from One Legacy West. The move represents an upgrade in building quality and amenities for employees while taking advantage of discounted rental rates achieved through a sublease transaction. Community Hospital will be occupying their subleased space on the 10th floor from NTT Data, which leases 101,372 square feet over four floors. Community Hospital spent $830,000 or $31 per square foot in renovations to their new space and expects to move in by January 1. The Legacy/Frisco market has witnessed a significant uptick in high-quality, Class “A” sublease deals as companies seek to upgrade their office presence and amenities in a move designed to attract employees back to the office. 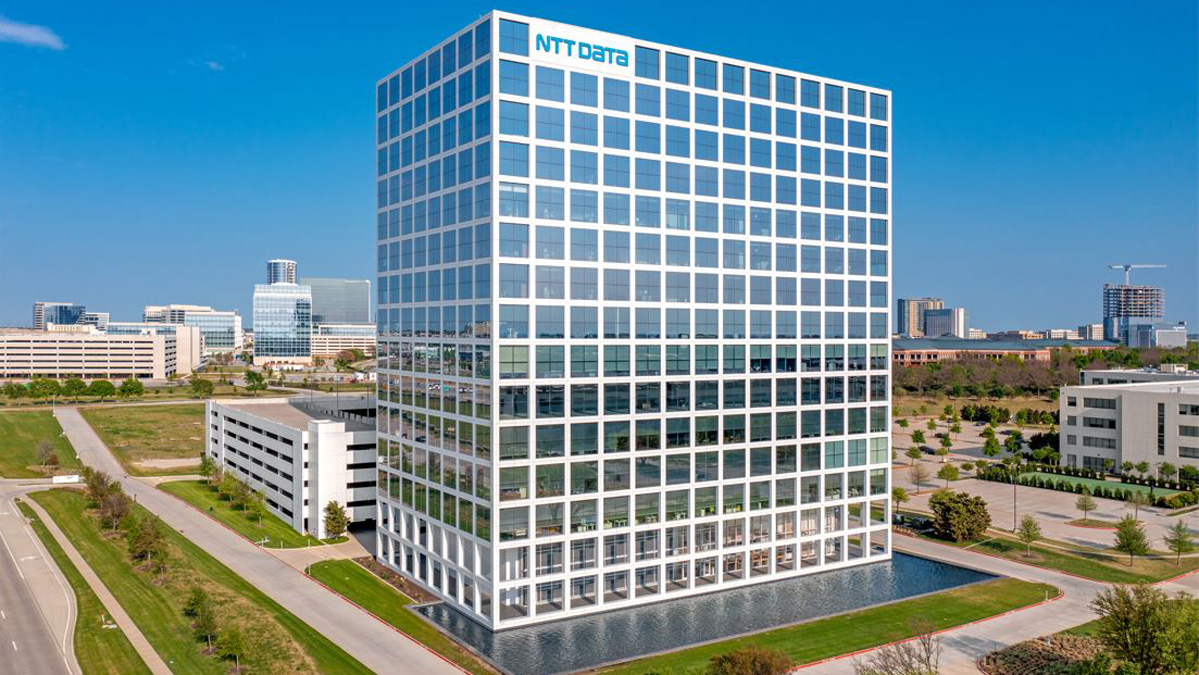 Plano-based Aimbridge Hospitality, the world’s largest third-party hotel management company, has acquired hotel operator Prism Hotels & Resorts, a third-party management, investment and advisory services company. The deal brings Dallas-based Prism’s team of 2,145 employees and a portfolio of 48 hotels in 20 states under Aimbridge’s umbrella of 1,500 hotels. Aimbridge’s CEO noted that the deal was the result of the company exploring hotel receiverships. Because of the expertise Prism has in that field, Aimbridge’s team reached out to Prism. Dallas-based Billingsley Co., developer of the highly successful 300-acre, 11-building, 1.4 million square foot International Business Park (“IBP”) in southwest Plano near the northwest corner of the Dallas North Tollway and SH-190, has started site work on a 5-story, 250,000 square foot building (6275 W. Plano Parkway). The new building will be situated between Plano Parkway and the Dallas North Tollway adjacent to the recently finished 6201 W. Plano Parkway, a 4-story, 171,334 square foot building that delivered in August 2020 during the height of the pandemic and is already 87% leased. Billingsley’s newest building will include features that are becoming more popular due to COVID-19, including outdoor patios on the first floor and balconies on several floors, all of which will overlook a large park with WiFi-enabled meeting areas giving employees the capability to work outdoors. 6275 W. Plano Parkway is expected to deliver in February 2023 and is currently marketing space at $28.00/NNN ($9.00/SF) + Electricity ($1.00/SF). 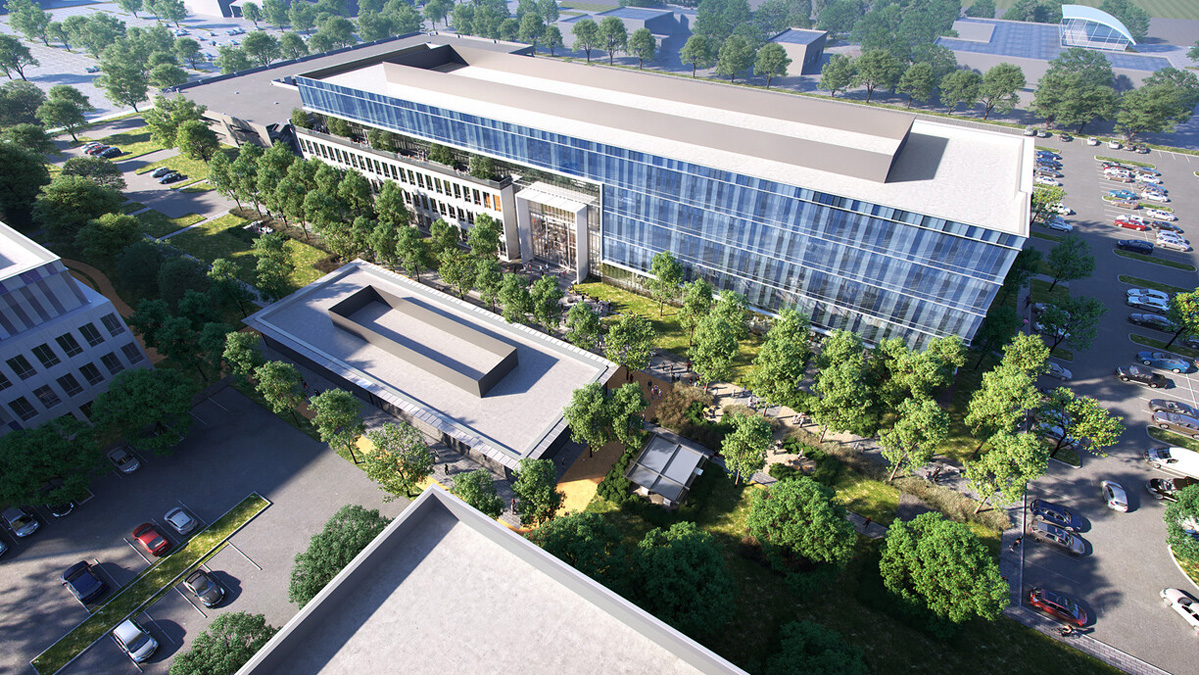 Review Wave, a California software firm offering a cloud-based patient management platform, is relocating its headquarters from Irving, CA, to McKinney. Review Wave has executed a 20,000 square foot lease at 300 E. Davis Street in downtown McKinney and plans to create 73 high-tech and executive jobs over the next three years with an average salary of $76,000 as part of an economic incentives agreement with the city of McKinney. Review Wave was founded in 2016 and helps specialty doctors interact with their patients with scheduling, text appointment reminders and a review system. The company currently employs 60 workers and serves more than 5,000 users. ETRADE Securities, which was acquired by Morgan Stanley for $13 billion in 2020, will be relocating its only Dallas-area branch from Preston Center in Dallas into a Morgan Stanley office in Plano at 7500 Dallas Parkway in the Legacy area. 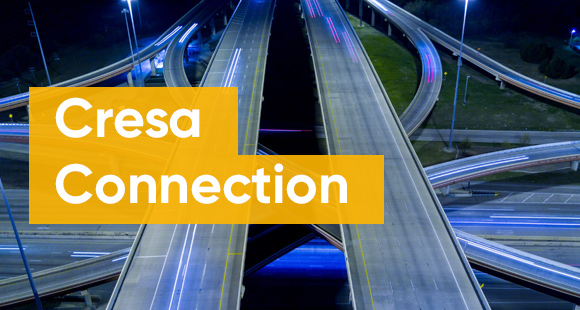 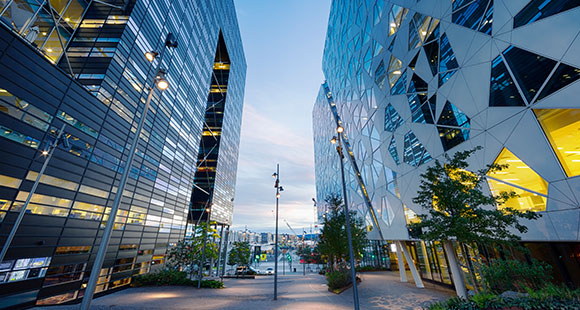 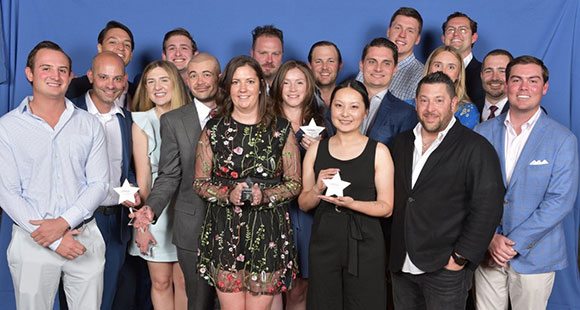