New Office Development: Move Up or Move Out?

The current real estate development cycle features new office construction located in major central business district submarkets like the Back Bay and the Seaport. Each of these buildings has risen no higher than 18 floors.

Things appear to be shifting a bit in the next phase of development. Sites currently under construction generally fall into one of two categories: high-rise development (up) or secondary submarkets (out). Here are a few of the current projects – both up and out – along with my analysis:

There appears to be a resurging appetite in Boston for the skyscraper among developers, city planners, and businesses. This upward trajectory is not without its risks, however. Namely, who can attract an anchor tenant large enough to kick off a high-rise tower? And who has the appetite for or ability to mitigate the risk of doing a “spec” development, where the developer builds the tower with no tenant commitment?

And still, they build. If there’s a project that defines the upward trend, it’s Millennium Partners’ 115 Winthrop Square tower – the nearly 50-story, 700-foot behemoth that required an act of the City Council to relieve restrictions on the shadows it would cast on Boston Common. The skyscraper will feature more than 750,000 square feet of commercial space, the majority of which is believed to be a startup accelerator on the building’s second floor.

HYM Development’s $2 billion mixed-use tower is rising above what is now the Government Center Garage in Boston’s Bulfinch Triangle. Bulfinch Crossing’s One Congress tower will rise to more than 500 feet, featuring more than a million square feet of commercial space.

Developers are so bullish on building up Boston’s skyline that they’re seeking access to air rights throughout downtown. The most recent example of this is Boston Properties’ successful bid to build atop the Back Bay Station, a 1.3 million-square-foot project that will feature three towers rising as high as 300 feet and significant commercial space. Boston Properties’ other major high-rise project – Hub on Causeway – is already transforming the area around and above the TD Garden. When finished, the 500-foot-tall complex will feature 175,000 square feet of office space

Other developers are building a bit shorter and further out from Boston’s central business district for their new construction – a strategy that has merit but is not without its risks. Namely, what will tenant appetite be for paying for new construction in secondary locations in the city? Time and occupancy levels will tell, but in the meantime, they build.

South Boston, and specifically the Seaport District, has emerged as a top choice for developers looking a bit further afield from downtown. Skanska’s majority-commercial building at 2 Drydock Ave at Marine Industrial Park – also called Parcel Q1 – is expected to be completed by Summer 2019. A stone’s throw away from Q1 in the Marine Industrial Park, Kavanaugh and Related Beal are constructing Innovation Square – a two-phase complex offering 125,000 square feet of lab space beginning in February 2019.

Southwest of the Seaport in South Boston proper is CV Properties and Ares’ proposed Parkside on A. The developers are billing it as an ideal location for a corporate headquarters, and perhaps they’re right: the 248,000-square-foot parcel sits just a hop away from Broadway Station on the oft-coveted MBTA Red Line.

The other place we’re seeing new developments outside the central business district is in the South End. Abbey Group’s Exchange South End, being constructed on the site of the old Boston Flower Exchange, will combine nearly 1.5 million square feet of commercial, life science, and research space with plenty of retail and community space.

Just a short distance away from Exchange, the Druker Company’s EB80 Project hopes to transform a former parking lot on East Berkeley Street in the South End. Almost all of the building’s 308,000 square feet will be office space, and its location is perfectly situated between downtown, Interstate 93, and desirable residential neighborhoods to the west.

As you can tell, we’re seeing two lines of thinking in the current commercial real estate development cycle. Some developers are going up, while others are looking out (but not too far out). And it will be commercial tenants, to a large degree, who determine which approach is most suitable to Boston’s booming – but evolving – business landscape. 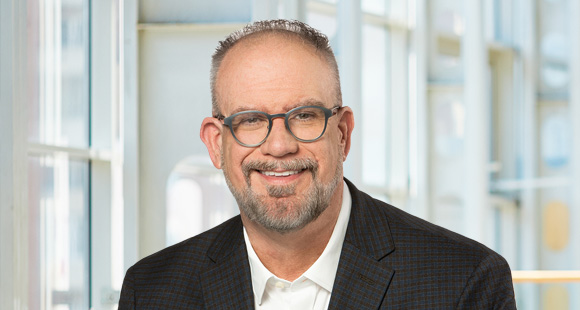