It’s easy to see that the Massachusetts life science sector is booming. And the numbers don’t lie: According to the Massachusetts Biotechnology Education Foundation (MassBioEd) 2018 Job Trends Forecast, the industry’s growth is moving at a rate that’s double that of the state and US economy since 2014. But despite the flourishing industry, issues remain that could slow future growth. Hiring employees is a labor-intensive process, and companies want to be sure they know who they’re welcoming into their doors. So why do the life sciences, so incredibly progressive in many ways, lag behind when it comes to recruiting new employees? Here are a few possible causes:

Jobs in the life sciences are in incredibly high demand in Massachusetts, and for good reason. According to the MassBioEd report, the industry just crossed 70,000 employees- an amazing example of growth that bodes extremely well for the future. And with a high number of employees comes a high demand for jobs; the report found that job listings exceeded 27,700 in 2017. Of those, STEM/Technical jobs accounted for over 16,000.

The next 12 months will be extremely vital for the life sciences. The report states that 83% of life sciences companies plan to expand their staff in the next 12 months, consistent with the last two years. In fact, it’s expected that 11,976 new jobs are will be created between May 2017 and May 2023.

Gone are the days of opening stacks of envelopes filled with resumes for a single job. In fact, most of us would expect that with such highly advanced technology, the recruitment process would be much more efficient. Unfortunately, that’s not true. 65% of companies reported that the average time it took to fill openings was over 10 weeks. The national average is approximately 30 days. This significant gap could be the result of several factors, ranging from enhanced security measures to a reliance on technology. Many companies now utilize algorithms to make wading through the endless sea of applications easier. However, candidates who may be good fits are sometimes disqualified simply because they don’t check the right boxes or use the right resume keywords.

We all know Cambridge is the epicenter of Boston’s life sciences sector. And as it continues to dominate the scene, companies are faced with a challenging issue: Do they remain immersed in Cambridge’s hotbed of technology, or embrace lower rents and increased availability outside of the biotech hub? Companies that stay in Cambridge know that space is extremely limited. And of the space that is available, prices are extremely high. But that central location means it’s very easy to attract potential employees, and heading further away from the city can minimize the candidate pool. One question remains – as more companies establish a presence and/or expand in Cambridge (and across the river in Boston) and commuting traffic gets even more congested, will we reach a tipping point where employees increasingly prefer to work outside the city to avoid the dreaded commute? Either way, each company has specific needs that weigh heavily into the decision. 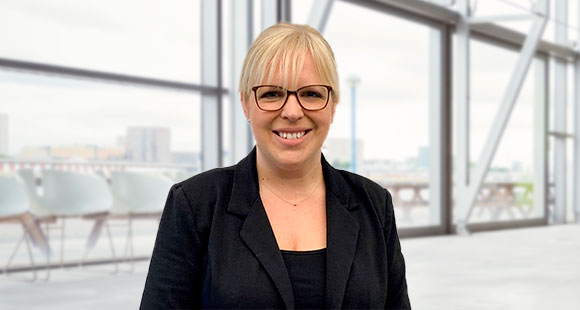