April 9, 2018
Netmarble Corp., a fast-growing South Korean gaming and entertainment company, will move its U.S. offices to downtown Los Angeles in a coup for area landlords who have been trying to woo the industry.

The Seoul-based company, which has its U.S. division offices in Buena Park, raised $2.3 billion last year in its initial public offering. And its flagship game, "Lineage 2: Revolution," is a multiplayer online role-playing game that has more than 5 million users, the company said.

It also develops and publishes mobile games for Los Angeles-area entertainment companies, including Walt Disney Co. and its Marvel Entertainment and Lucasfilm subsidiaries.

"We want to be in the center of the action because Western expansion is a key driver of us expanding our business," said Simon Sim, chief of U.S. operations. "It makes a lot more sense to be downtown than stay in Orange County."

Southern California's online gaming companies are commonly located on the Westside and El Segundo, and downtown landlords have been trying to attract them without much success, said real estate broker Greg Lovett of Cresa Los Angeles.

But Netmarble's planned arrival in June may spur others to come, especially following Warner Music's decision in 2016 to move its West Coast operations from Burbank to the Arts District. The music company is expected to move into its newly renovated offices in the Ford Factory building in the fall.

Netmarble has agreed to lease nearly 14,000 square feet in a high-rise building at 600 Wilshire Blvd. in the financial district. The company expects the staff, including marketers and programmers, to grow from 57 to about 80 in the new space.

Multiple downtown office landlords bid for Netmarble's tenancy, he said. Terms of the lease were not disclosed. 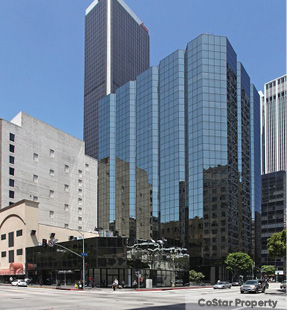