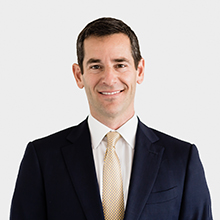 Seth Wellisch specializes in the representation of occupiers throughout the U.S. Since beginning his career in 2002, he has worked with a wide variety of both entrepreneurial and institutional clients.

Seth is exactly who you want to represent you when you are looking for commercial real estate. He is creative, responsive, communicative, and is an all around great guy to work with. I highly recommend him.
Andy Steuer  |   CEO/Co-Founder
Helpware