Following months of deliberation and consideration of more than 200 submissions from industry bodies, franchisors, franchisees and other relevant stakeholders, the Committee handed down a 369-page report identifying ‘systemic exploitation of franchisees by a subset of franchisors and a regulatory framework that does not provide adequate protection against such practices’.

The inquiry exposed a number of franchisors publicly with the Retail Food Group (RFG) coming under particular scrutiny. As a result, the franchising giant which includes brands such as Gloria Jeans, Michels Patisserie and Donut King, has seen its share price drop significantly over the past year and is denying rumours that it is about to appoint administrators. Former RFG senior executives still remain under investigation as a result of the inquiry.

The report covers many aspects of the Franchising Code of Conduct, and addressing leasing arrangements is one of the recommended regulatory changes. In fact, an entire chapter of the report examines the critical aspects relating to retail leasing with a number of those being relevant to every retailer (franchise or not), selling goods from a leased premises, particularly premises located within major shopping centres.

This chapter highlights serious concerns around franchisor behaviour towards franchisees in the following areas:

Submissions to the inquiry from franchisors including the RFG, Dymocks and The Coffee Club as well as the Franchise Council of Australia (FCA) and The Franchise Relationships Institute all raised significant concerns over landlord behaviours affecting a franchisee's ability to operate a profitable business. These concerns focused on three key issues:

Issues around retail tenants being unable to afford increasing rents; landlords introducing competing brands and retailers having the same permitted use; and difficulties around lease renewals make-up an increasing number of enquiries we receive. In fact, we estimate around 90 percent of the enquiries we have taken over the past 12 months relate to one of these three concerns.

The inquiry's report notes that the Franchising Code of Practice is not the place to be dealing with retail leasing reform. The Committee heard that the relationship between franchisors and landlords could be improved by establishing a Retail Tenancy Code of Conduct which, among other things, should address the imbalance of power between the lessor and the lessee when negotiating or dealing with retail leases.

The Committee has recommended the formation of an inter-agency Franchising Taskforce made up of representatives from Treasury, the Department of Jobs and Small Business and the ACCC to examine the feasibility and implementation of the recommendations which are designed to lift standards and conduct across the franchise industry to rebuild confidence in franchising in Australia.

If you are a franchise considering a franchise agreement or looking to grow your retail business using a franchise model we’d recommend you explore the recommendations proposed by the Committee thoroughly. A full copy of the report is available at the Parliament of Australia website.

Kyle is a Principal in the Brisbane office and head of LPC Cresa’s Retail practice in Australia and New Zealand. He is passionate about helping retail businesses improve their bottom line through strategically aligned property outcomes.

See other blogs by Kyle Swain 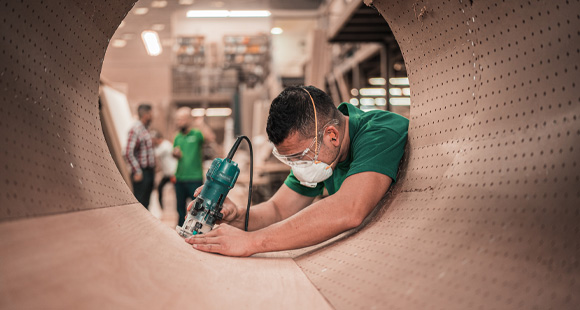